SD Voyager is an online and physical magazine. They write about the hidden gems of San Diego and the surrounding areas - from the best restaurants to the best gyms, salons, photographers etc.

They put together a series of articles featuring interviews with the area's most inspiring entrepreneurs and independent businesses and they did a feature on our CEO Emil Juboori. Emil goes into detail about his entry into startups and how he ultimately decided to start CureDash.

You can find the publishing in the link below:
http://sdvoyager.com/interview/meet-emil-juboori-curedash-service-san-diego/

Posted by CureDash at 6:58 AM No comments:

What is IV Therapy?

As we ring in 2019, we are sharing everything you need to start the new year strong. From keeping your New Year’s resolutions going to Instagram-worthy meal prep to workout programs to eating plans to taking time for yourself, we have it all covered.
IV treatments that promise to do everything from boost energy to combat stress are making a big splash already in 2019, topping the wellness trends lists for the new year.
No longer just a luxury afforded to celebrities and VIPs, IV treatments are now offered in cities like Kansas City, Missouri, and Sarasota, Florida, and in homes and offices.


Maria Gracia Munoz, 34, started getting IV treatments nearly five years ago after daily 5:30 a.m. CrossFit workouts left her ready to crash and burn by the end of the week.
“I saw it was good for chronic fatigue and I thought, ‘Why not,’ so I started doing a regimen of once a week,” she said. “I believe in it.”
Munoz, of Weston, Florida, is a holistic nutrition health coach who works in a medical center that offers IV treatments.
She now gets an IV drip twice a month and says she sees it as a boost, but not a replacement for her daily supplements and good health habits.

If your located in San Diego CureDash provides Mobile IV Therapy. Service is provided by Registered Nurses. To find our more please visit www.curedash.com
Posted by CureDash at 5:56 PM 1 comment:

On January 11, 2019 our CEO and CoFounder Emil Juboori did an interview with internet radio NBRFM. He talks about why he began CureDash and its plans for the future. You can listen to the interview by going to this link: Radio Interview

For more information on CureDash and its mobile iv therapy business please go to CureDash Website
Posted by CureDash at 7:27 AM No comments: 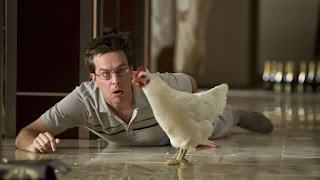 DAVE DICKENS WOKE UP one morning last October in Key West wishing he hadn't. "It feels like somebody is hitting me with a baseball bat in the head," recalls Dickens, a 60-year-old "play hard, live hard" kind of guy who had knocked back more than a few drinks the night before. So when he passed an IV clinic – advertised as a hangover cure – later that morning, he went in, remembering the time a friend's wife had gone to the emergency room to get an IV after drinking too much. The 45-minute treatment, which involved an intravenous infusion of vitamin-rich fluids, turned Dickens' vacation around. While that morning, he had sworn off alcohol forever, that night, he hit the town again. "It was unbelievable," says Dickens, who owns a car dealership in Chicago. "Right away, you start feeling it, but 45 minutes later, you feel almost 100 percent – no hangover." He's since been to IV clinics in New Orleans, San Francisco, South Carolina, Atlanta and visits one locally near-weekly – hungover or not. "It just makes me feel better – it's amazing," he says.
IV therapy has been used for decades in hospitals to treat a range of conditions, from dehydration to nutrient-absorption disorders, but it's increasingly offered at independent clinics and through house call-type services that pledge to help people feel better without clogging already-burdened emergency departments. And, while it may be most buzzed about as a hangover cure in party cities like Las Vegas, New Orleans and Los Angeles, IV therapy is also given to people with migraines, fibromyalgia and chronic fatigue syndrome, as well as those who want a nutritional, athletic, energy, beauty or immunity boost.
"It works because if you look at vitamins and minerals, along with hormones and other chemicals in the body, these are the body’s building blocks; they’re our body’s natural pharmacy, and they’re used in numerous physiological pathways,” Dr. Jason Hartman

With CureDash you can order Mobile IV Therapy to the comfort of your home, hotel or office. For more information please checkout our website: www.CureDash.com